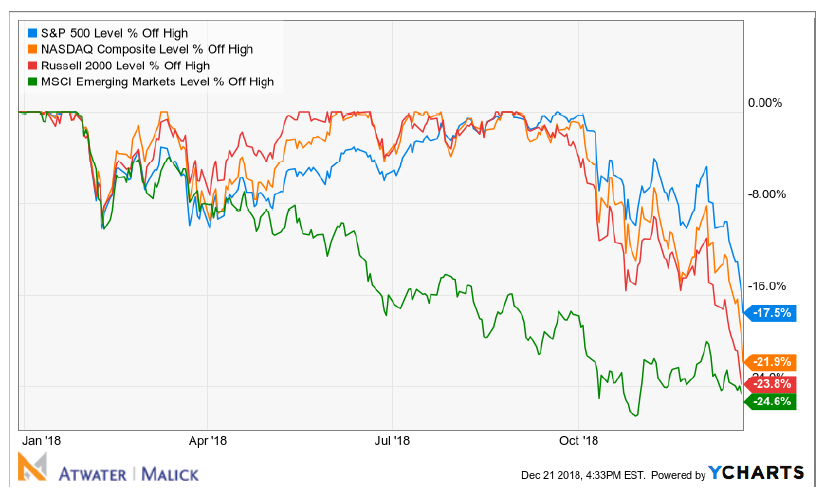 We still have absolutely no certainty that this is the beginning of a bear market.  One is coming at some point, so perhaps there is no time like the present to “get it out of the way.”  That said, we understand that this causes sleepless nights and we encourage you to contact us to discuss your specific investment strategy in the context of your long-term financial plan.